Over the past decades, advancements in vein care and medical technologies have progressed rapidly. Thanks to cutting-edge technologies, we can now treat spider veins and varicose veins with minimally invasive procedures that address the root cause of your problems without harsh side effects, complications, hospitalization, or downtime. However, you now have so many vein treatment options that selecting the ideal vein treatment for your specific needs is challenging.

It’s also important to understand the root cause of spider veins and varicose veins. In most cases, spider veins and varicose veins are the results of increasing pressure in the superficial leg veins close to the skin’s surface, which is caused by underlying chronic venous insufficiency. Our vein doctors in Long Island always run tests to identify underlying vein disease before curating a treatment plan.

We believe treating spider veins and varicose veins without addressing the underlying problem is similar to painting over a stained wall instead of fixing the leaking pipes underneath. As long as the leaky pipes (vein disease) aren’t fixed, the stains on the wall (spider veins) will keep returning. Our comprehensive vein care approach addresses the root cause of your problem, ensuring long-lasting results with a negligible risk of recurrence.

Our comprehensive guide describes all the leading vein treatment options, including their advantages, drawbacks, and suitability, and we help you find the best vein doctors in Long Island.

What is endovenous ablation?

Endovenous ablation is a minimally invasive procedure wherein heat or laser energy is used to destroy the diseased vein responsible for your varicose veins. The unhealthy veins are usually located a few centimeters under the skin. While healthy leg veins carry blood from the legs to the heart, unhealthy veins with weak valves allow gravity to pull your blood back into the leg veins. The continued accumulation of pressure in your leg veins leads to spider veins and bulging varicose veins. Endovenous ablation destroys the diseased vein, rerouting the accumulated blood into your healthy leg veins.

How does endovenous ablation work?

We perform endovenous laser ablation using the exact same methods as radiofrequency ablation, but with one major difference. Instead of thermal energy, we use a device that produces laser energy to destroy the diseased vein. Since laser energy is a lot hotter than thermal energy, you might experience some post-procedural discomfort and pain. However, we believe both ablation procedures are equally effective and conclude within 15 to 30 minutes with no downtime. Generally speaking, your vein doctor will have carefully-considered reasons to favor one method over the other to ensure optimal results for your specific situation.

Endovenous radiofrequency ablation and laser ablation are safe, comfortable, and effective procedures that address the root cause of varicose veins — chronic venous insufficiency. We believe ablation procedures are significantly safer than traditional vascular surgeries, such as vein stripping. They’ve been around for over a decade, so they have a proven safety record. Furthermore, ablation treatments help us prioritize your comfort and convenience — you can squeeze the treatment within a packed schedule and return to work immediately.

Endovenous ablation is a completely safe and comfortable procedure, but it must be performed by highly-experienced vein doctors using cutting-edge technologies. Endovenous ablation can be performed using numerous platforms and devices — the results can vary based on the device. Furthermore, the procedure involves injecting tumescent anesthesia to ensure optimal comfort. If your vein doctor uses an outdated device, injects an inadequate volume of anesthesia, or uses too many injections, you may experience pain and discomfort. Our vein doctors always calibrate the treatment to ensure optimal comfort.

Is endovenous ablation a good option for you?

You’re the ideal candidate for endovenous ablation procedures if you have underlying chronic venous insufficiency and want a treatment that’s painless, safe, and convenient. Furthermore, you will most likely receive insurance coverage because endovenous ablation is covered by most medical insurance providers.

VenaSeal is a cutting-edge device manufactured by a highly reputable scientific company called Medtronic. This is a relatively new procedure that uses a substance called cyanoacrylate glue to seal the diseased vein’s walls — rather than destroying it with thermal or laser energy. Cyanoacrylate glue is a long-standing medical adhesive that’s been used for numerous vascular treatments for a long time, so it boasts a stellar success rate.

How does venaseal work?

We believe venaseal is preferable to the ablation procedures because it doesn’t involve tumescent anesthesia, so you don’t have to deal with post-treatment swelling. Furthermore, the cyanoacrylate glue easily travels around the veins, making it suitable for distribution in veins with multiple branches.

VenaSeal is a relatively new procedure that’s only recently received FDA approval, so we don’t have a clear picture of its potential long-term effects. Due to its relative newness, you will have a hard time receiving insurance coverage. You may also exhibit allergic reactions to the vein glue — our vein doctors run thorough allergy tests to avoid that possibility . Furthermore, the vein glue eventually hardens and becomes a permanent implant inside your body.

Is venaseal a good option for you?

We believe venaseal is the ideal option for you if you’re suffering from a vein disease recurrence after already undergoing treatment before. You may also be a suitable candidate if your diseased vein has multiple branches. However, our vein doctor first determine if you can get insurance coverage for the treatment and if you have any allergic reactions to the medical glue.

Sclerotherapy is a procedure wherein a special medication called a sclerosant is injected into small varicose veins or spider veins. Sclerosant is a medication that irritates the vein walls, making them fuse together and turn into scar tissues eventually absorbed by the body. Over time, the spider veins shrink, fade, and disappear.

How does sclerotherapy work?

During sclerotherapy, your vein doctor will identify all the affected veins either visually on the skin’s surface or using an ultrasound scan for the deeper veins. Using a small needle, your vein doctor will inject the sclerosant medication into the spider veins on your skin’s surface. If the veins are slightly beneath the surface, they’ll inject the sclerosant under ultrasound guidance. Your sclerotherapy treatment is quick, safe, and effective.

Sclerotherapy allows us to treat the twisted veins that we can’t reach with ablation techniques because the liquid medication easily flows all around the veins. When performed correctly, we believe sclerotherapy is one of the safest and most effective treatments for spider veins, far more effective than skin laser therapy.

While most vein clinics now avoid hypertonic saline, some vein doctors still use solutions that cause more discomfort than necessary. Furthermore, some vein doctors don’t dilute the sclerosant medication sufficiently, leading to an incorrect dosage that may cause skin discoloration or other side effects. In rare cases, inexperienced vein doctors may also inject the sclerosant medicine into the arteries, leading to necrosis of the skin.

Our vein doctors in Long Island use the safest and most comfortable sclerosant medications, dilute them to the correct dosage, and carefully inject them under ultrasound guidance to ensure optimal results and safety for you.

Is sclerotherapy a good option for you?

What is foam sclerotherapy?

How does foam sclerotherapy work?

We believe foam sclerotherapy is the ideal solution for twisted or tortuous veins that can’t be addressed with ablation techniques. We believe it can also treat recurrent vein disease, i.e., your vein disease returns after the vein treatment.

Foam sclerotherapy is a delicate procedure that must be handled by our highly-skilled and board-certified vein doctors. Your vein specialist must assess the varicose vein for connections with perforating veins (deeper veins within the legs) and ensure no medication enters the perforating veins. Our vein doctors take all necessary precautions to ensure you have a safe and comfortable experience.

Is foam sclerotherapy a good option for you?

You’re the ideal candidate for foam sclerotherapy treatment if you need cosmetic relief from reticular veins or varicose veins. You can also consider this treatment if you experience vein disease recurrence.

What is pre-mixed foam sclerotherapy?

How does pre-mixed foam sclerotherapy work?

Is pre-mixed foam sclerotherapy a good option for you?

You’re a suitable candidate for pre-mixed foam sclerotherapy if you have the appropriate insurance coverage. It’s also suitable for you if you have large varicose veins or recurrent vein disease.

ClariVein is a cutting-edge treatment performed using a special catheter with a rotating tip. The catheter is inserted into the diseased vein, wherein the rotating tip causes mechanical trauma to the vein’s walls. The device also delivers sclerosant medication to damage and seal the diseased vein, restoring effective blood circulation to your heart.

In recent years, there have been a few reports of complications,  with patients experiencing some discomfort and pain during the process. Furthermore, you might not receive insurance coverage for clarivein, making the treatment financially inaccessible or costly.

Is clarivein a good option for you?

ClariVein is a great option for you if your insurance providers can cover the treatment. It’s especially suitable for you if you’re allergic to lidocaine (used for tumescent anesthesia during ablation) or if you don’t like the idea of having an implant in your body.

What is vein stripping?

How does vein stripping work?

We believe vascular surgery is a suitable treatment option for extremely large and tortuous varicose veins that can’t be treated with minimally invasive procedures.

Is vein surgery a good option for you?

A vascular surgery should only be considered if all minimally invasive treatments fail or if you have blood clots. It’s only suitable for the severest cases of tortuous varicose veins.

If you have any other concerns about spider vein and varicose vein treatments, please consult the exceptional Harvard-trained vein doctors at our vein treatment centers in Long Island. Our vein doctors have performed hundreds of minimally invasive procedures while maintaining perfect track records due to their exceptionally comprehensive vein care approach.

If you have any of the signs or symptoms of venous insufficiency, such as varicose veins, spider veins, leg heaviness, restless leg syndrome, leg cramps, or more, we encourage you to reach out. Our Long Island vein doctors will discuss all your treatment options and help you identify the best minimally invasive vein treatment for your unique needs. 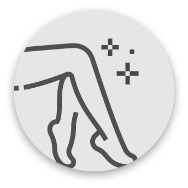 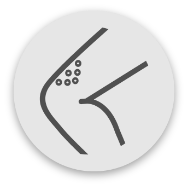 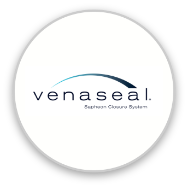 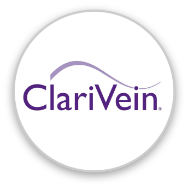 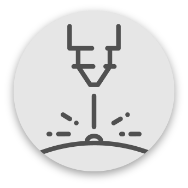 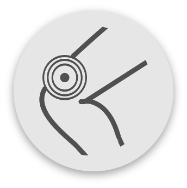 Not sure if you’re covered or which procedure to choose?

Fill out this form and we will contact you asap.

All vein treatments are covered by most health insurance, including medicare. Submit this form to verify coverage and book a consultation. Once you visit us, one of our vein doctors will create a custom treatment plan for you.

Our Vein Doctors are some of the top experts in the field and have published numerous books and articles on vein disease. We regularly search for new and novel treatment modalities. If we feel that a new treatment is safe to use in our center, we add it to our options to ensure that our patients are getting the least invasive, least painful, and most effective vein treatments on the market. After evaluating numerous treatment modalities, we consider sclerotherapy, radiofrequency ablation, venaseal, and laser vein ablation to be the best options for most vein disease. 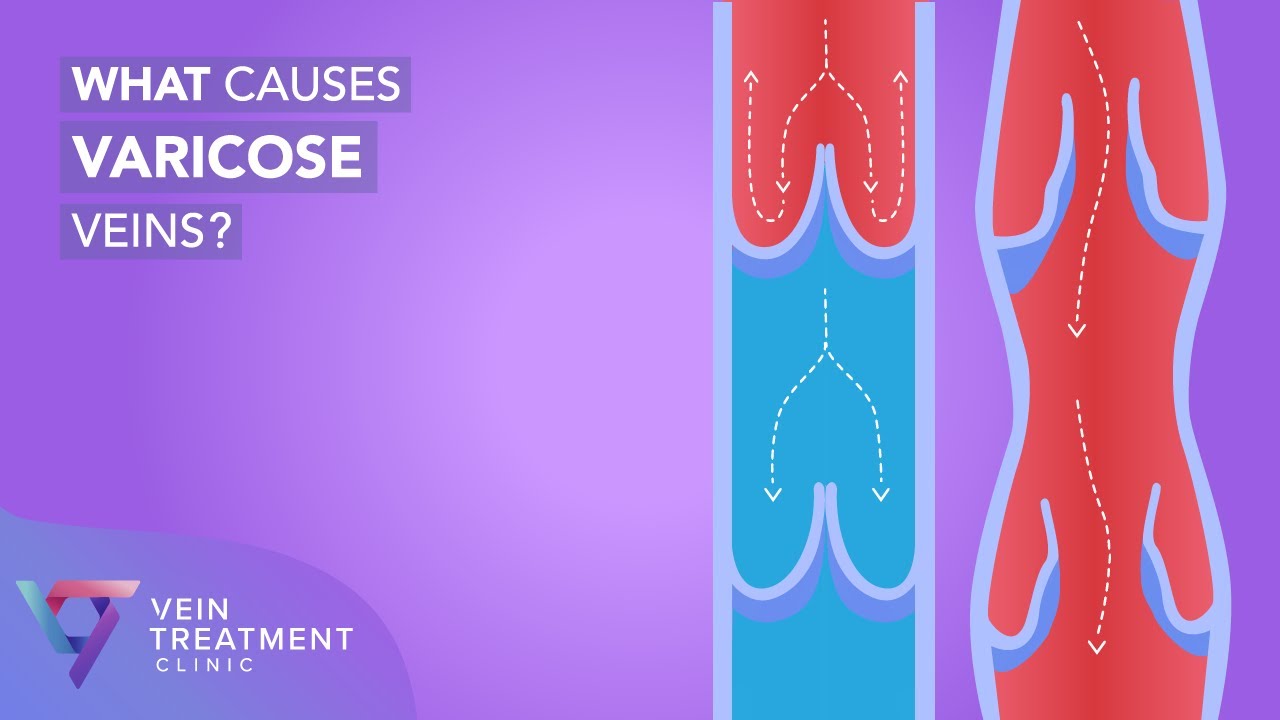