What is Endovenous Laser Ablation?

Endovenous laser ablation is an in-office, minimally-invasive procedure that treats chronic venous insufficiency, the root cause of spider veins, varicose veins, and most other vein problems. The procedure involves channeling laser energy into the diseased vein via a catheter inserted through a small incision on the skin’s surface. Sending laser energy into the diseased vein induces an inflammatory response to make it collapse, rerouting the accumulated blood into healthier leg veins.

Get your vein treatment

Endovenous laser ablation is performed via one small incision on the skin’s surface. There’s no need for general anesthesia because most patients only need local anesthesia with mild sedation. The procedure concludes within an hour, following which patients can immediately resume their daily activities and work. As such, there’s no downtime either, and the risk of complications is negligible. Furthermore, EVLT also minimizes the risk of vein disease recurrence, making it superior to vascular surgery on all fronts.

During the EVLT procedure, you’ll have to lie down on an operating table while the medical team cleanses your targeted leg. You should ideally appear for the procedure completely hydrated, and you should avoid caffeine on the day of the procedure. The vein doctor will numb a small area on your skin and insert a hollow catheter with a laser fiber.

The hollow needle hooked to the laser fiber is driven into the diseased saphenous vein. The vein doctor also administers tumescent anesthesia to protect the surrounding tissues from laser damage. Finally, the laser fiber is activated to generate laser energy, which destroys the diseased saphenous vein. The accumulated blood reroutes into healthier leg veins, restoring optimal blood circulation to the heart.

The EVLT procedure concludes within 30 to 60 minutes, following which you can resume your daily activities and work. However, you should arrive for the procedure at least 15 minutes before the allotted time. 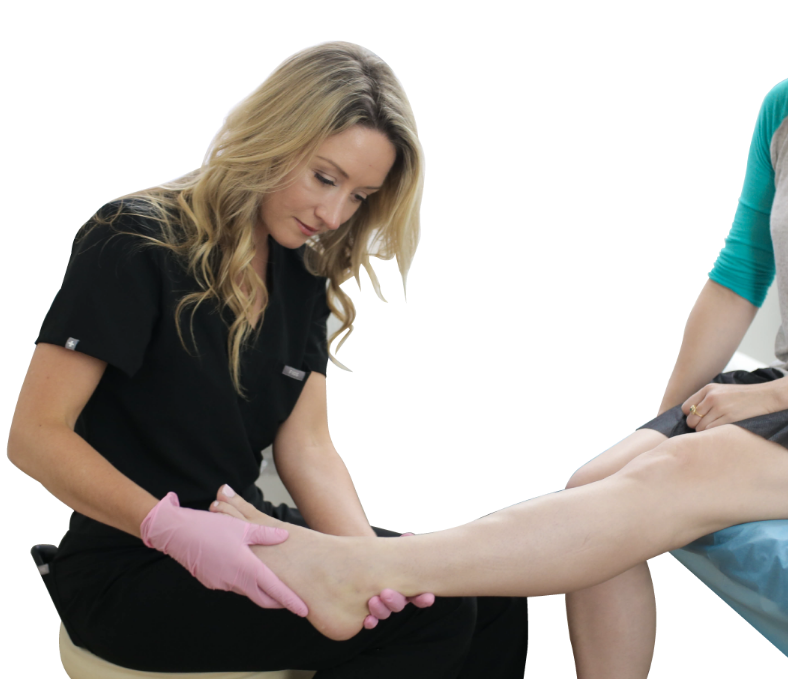 The Side Effects of EVLT:

The Pros & Cons of EVLT

Not sure if you’re covered?

Try our FREE Health Insurance Coverage Checker by filling out this form:

Speak instantly with one of our team members; they will answer any questions you may have regarding insurance coverage, booking an appointment and our vein treatment locations. (631) 305-2827

Visit our Book Appointment page and instantly request an appointment at our Long Island vein center. We offer Free Insurance Verification before your appointment.

Learn how to easily get to the Jericho, West Islip and Hamptons vein clinics.